BONDOWOSO, EAST JAVA - DECEMBER 17: Miners bring the head of a goat and later on it will be buried in sulfur kitchen as an annual sacrificial ritual in Ijen crater, Bondowoso, East Java, Indonesia, December 17, 2013. The miners held the sacrifice in order to ask blessing of good result and prevent from accident or injury. The tradition begun in 1978 after a tragedy that killed four people and fourteen black out cause of poisoning gas. Daily miners produce fifteen ton of sulfur or approximately 450 ton a month. Come close to 150 miners work everyday. All the sulfur goes to sugar factory ans used as sugar whitening. 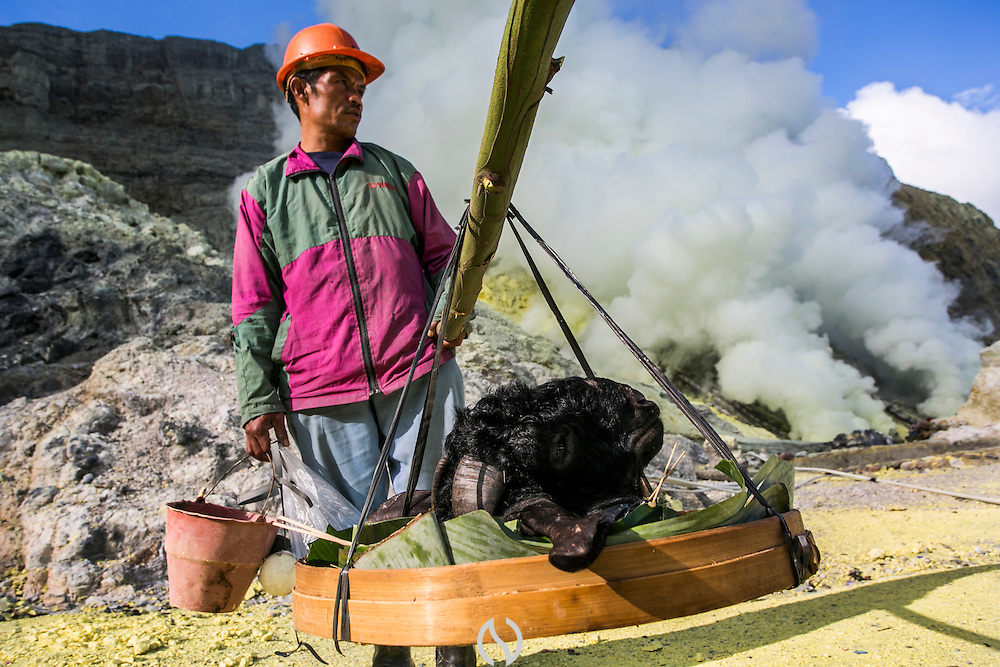