Javanism - A Spirituality of Javanese; Indonesia

Javanese men put the buffalo's head near a huge machinery at a former Dutch sugar factory in Bantul, Yogyakarta, Indonesia, April 6, 2013. During the Indonesia Revolution era, Java Island became the central of sugar industry. The Dutch built many sugar factories and transportation system to transport sugar from cities to main port in Jakarta then continued shipped it to Dutch land. To reduce the rebellion from Javanese, Dutch created a myth of the factory and held ritual of sacrificial in order to get abundant product of sugar. They sacrificed two heads of buffalo and chickens. This ritual still remain in some big colonial sugar factories until today. The ritual takes time in the beginning of milling. 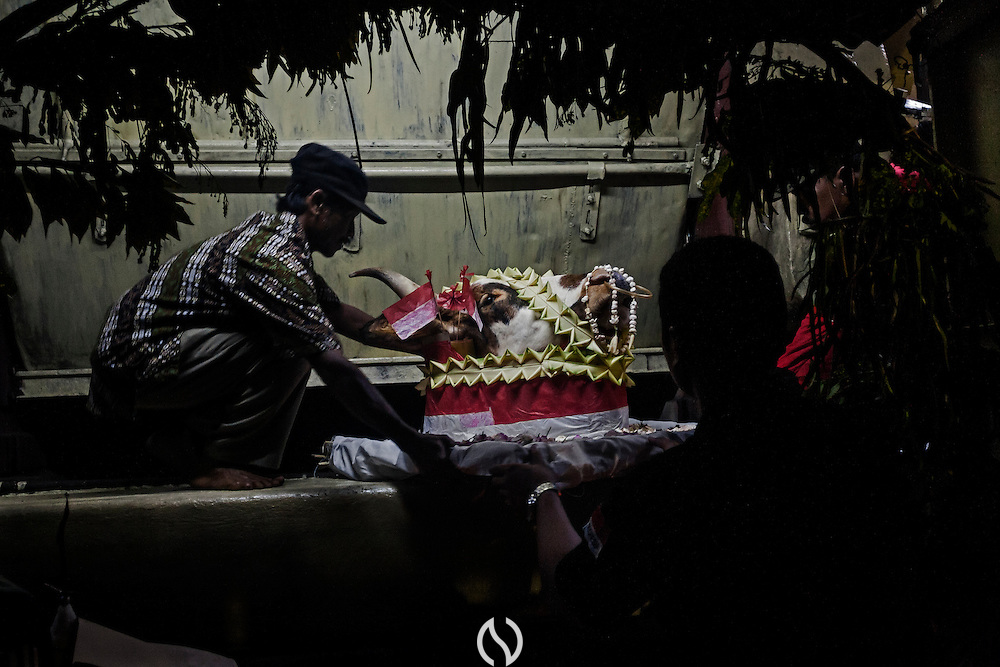