JAKARTA; SATURDAY, SEPTEMBER 13, 2014; INDONESIA ECONOMIC RISING: Jakarta citizens enjoy weekend vacation at a mall complex in Jakarta, Indonesia, on Saturday, September 13, 2014. By the increasing income level middle class has abled to enjoy leisure activity during weekend. A complex with shopping mall, housing or apartment compound and recreational park have become a favourite for developers to build and residents as strategy of adaptation toward Jakarta frequently traffic jam. According to Asian Development Bank's 2014 report, Indonesia economy growth potential is in creative industry after for years relies heavily on natural resources such as mineral mining and palm oil. By the presidency of Joko Widodo, as a product of the third people election after the People Power Revolution in 1998, Indonesia is more confident in the economy growth and optimistic to become equal in quality to Brazil and China's economy growth. The emerging of Indonesia economy for the last one and a half decade after the end of Suharto's Dictatorship has been in significant way, the per capita growth has reached 400% under Susilo Bambang Yudhoyono presidency. Indonesia is home for 74 million of middle class as estimated by Boston Consulting Group, and will double in 2020. 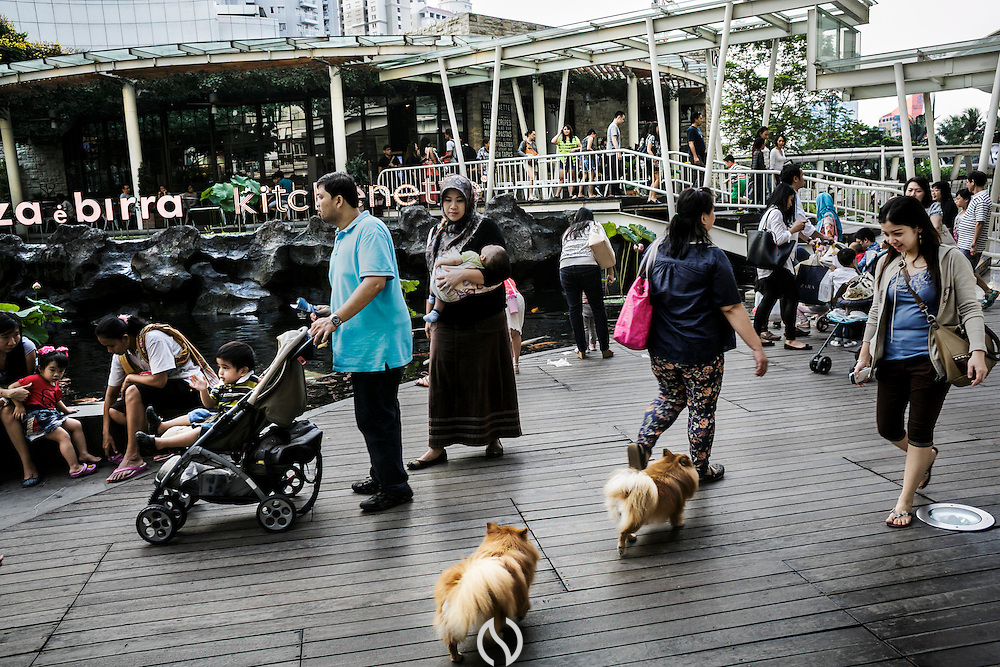